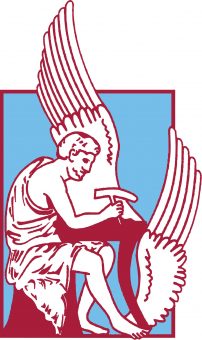 The Natural Disasters and Coastal Engineering Laboratory (NDCEL) is a unit of the School of Environmental Engineering of the Technical University of Crete. It was established in 2004 by Professor Costas Synolakis. Professor Synolakis is also the Director of the University of Southern California Tsunami Research Center (TRC). He was awarded the 2014 Sergey Soloviev Medal of the European Geosciences Union on natural hazards and the 2001 County of Los Angeles Award on Leadership in Emergency Preparedness. The TRC has produced all official inundation maps for tsunami preparedness and hazard mitigation since 1999 for the State of California. NDCEL is actively involved in all aspects of coastal engineering and natural disasters research, including tsunami research, inundation field surveys, wave numerical and analytical modeling, disaster risk assessment and management, hazard mitigation, disaster prevention, and emergency preparedness. In addition, NDCEL faculty and students have been actively involved in many disaster exercises in the United States and the European Union, for example EU POSEIDON 2011 and EU PROMETHEUS 2014.